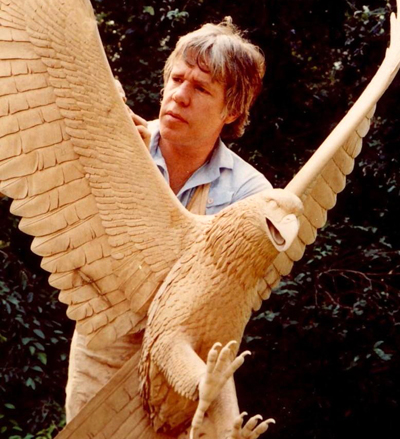 Two short films featuring Sculptor Ian G Brennan which are designed to be viewed with a Broadband speed of 2Mbs or better;

The first film gives a brief incite into how Ian became a sculptor; (12 minute duration)

The second film shows in various stages how Ian carved a Griffin crest for a Knight of the Garter from the ‘tree’ to the sculpture being placed into position in St George’s Chapel in Windsor Castle. (23 minute duration)

To view a 23 minute film showing in various stages how Ian carved this two feet high Griffin crest for a Knight of the Garter: please click here

Carving in stages how a sculpture of a Griffin for a Knight of the 'Most Noble Order of the Garter' is created from the tree, to the completed painted Griffin crest being placed on a Knights helmet in St George’s Chapel in Windsor Castle.

Windsor Castle – The Most Noble Order of the Garter service