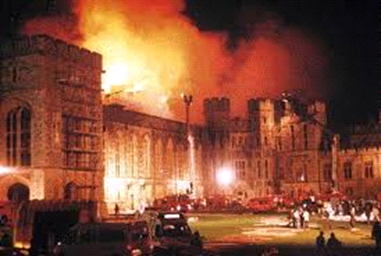 During November 1992, images of Windsor Castle in flames were shown across the world. Since then as the restoration of the castle began several wooden Knights shields and a number of other objects burnt in the fire were rescued from skips placed around the quadrangle outside the royal apartments at the Castle by a curator of a museum who was planning an exhibition about the 'Great Fire at Windsor Castle'.

The Curator had been given permission to rescue from one of the skips lined up around the edges of the quadrangle in the castle a number of the original Knights shields along with various oak timbers and plaster mouldings that once surrounded the walls and ceiling of the historic Hall and royal apartments damaged in the fire at the castle.

These line of skips contained many of the fire damaged timbers and ornate carved and gilded plaster mouldings, removed from the Castle and were due to be buried in recently dug pits in Windsor Great Park. 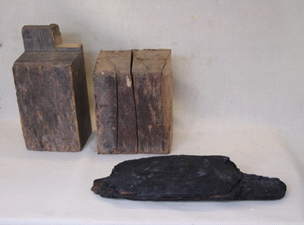 Amongst these wooden objects burnt in the fire included these two small oak beams along with an oak beam which looks like it was once at the very heart of the fierce fire in Windsor Castle. In 2019 Ian prised open along a crack of the 16 inches long burnt piece of oak just like a clam, to recover ‘the ‘Phoenix Rising’ which was completed in 2019 over twenty years after Ian had been given it by the curator. 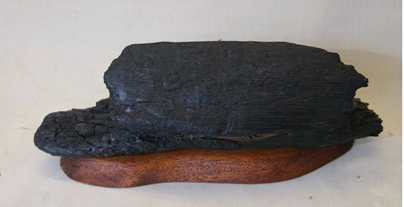 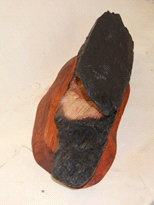 It is was once said by Michelangelo with marble, but is the same for wood. The sculpture was always inside the marble, it simply required releasing by the artist’. 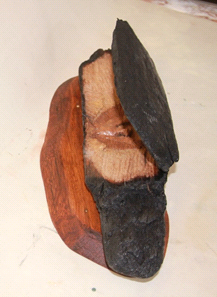 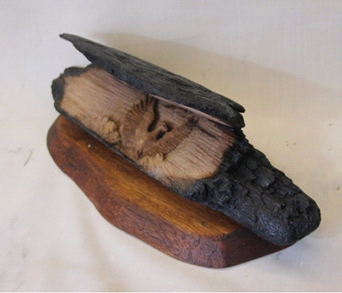 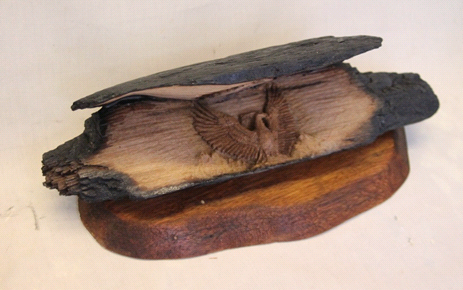 From these three small oak beams removed from the castle after the fire was the sculptures ‘Above is only Sky’and the ‘Phoenix rising' was created and from the final remaining oak beam about to be prised open below will reveal, still  hidden away within the medieval oak beam, is the ‘Royal Salute’ 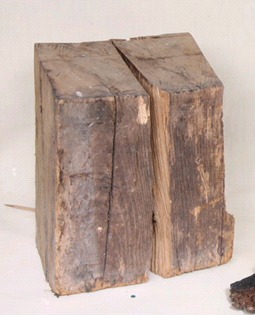